In line with our project’s aim to spread love and care and bridge the gap between our elderlies through simple and meaningful gestures despite the pandemic, we had a virtual interaction session with the elderlies and their carers from Woodlands Care Home via Zoom on Monday, 23rd August 2021.

The K1 and K2 children began the session with an introduction of themselves and interviewed the carers on their jobs and the elderlies that they help take care of. They also had a sing-a-long session where the children sang and performed fan favourite such as ‘Chan Mali Chan’ and ‘We are Singapore’. They also led a simple game of ‘Simon Says’ with the elderlies and the carers. Lastly, to top it off, the K2 children dedicated the song, ‘Lean on Me’ to the carers to thank them for all that they do for the elderlies. Though it was a short interaction session, it was simple but meaningful as the children managed to put a smile on the faces of the elderlies’ and their carers. 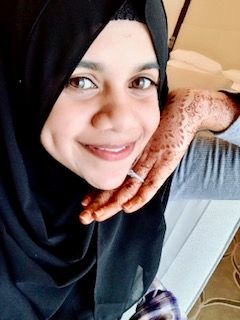 There’s always something to be Thankful for 🥰

N2 Children from PCF SPARKLETOTS @ Kampong Glam Block 462 (DS) engaged in a craft activity to show their appreciation to our Centre’s Cook Aunty to thank her for cooking them ... The children had a wonderful outdoor walk as they visited the nearby market in our school. It was a meaningful experience that they get to know the fruit vendors and able to ... Learning how recyclables are being collected! 🚛

During our class discussion about recycling, the K2 children were excited to find out how recyclables are being collected! So, we did a virtual tour to the Recycling Center to ...