This project is also St James’ Church Kindergarten’s contribution to ECDA’s Start Small Dream Big Initiative. Earlier in 2016, the K1 and K2 Preschoolers had raised close to $16,000 in a single day on 11 August as part of their ‘Project Work Open House’. The children sold handicraft to raise funds for various charities and distributed groceries to low-income families in one-room flats in Holland Close.

Values inculcation needs to start at a young age and both parents and early childhood teachers play essential roles in inculcating values in young children. Red Box Day aims to encourage young children to have aspirations for Singapore and care for others in the community. A collaborative project between ECDA and our Community Partners, the ‘Little Red Box’ is filled with items to support the cultivation of values in young children.

Minister for Social and Family Development, Mr Tan Chuan-Jin was the invited Guest of Honour for the launch and joined the pre-schoolers for a series of “Red Box” themed activities!

So what exactly is inside the Little Red Box?

The early childhood teachers of St James’ Church Kindergarten also came up with an Educators’ Guide with suggested activities for K1 and K2 children! PCF Sparkletots Preschool @ Cashew Blk 545 lined up a range of activities for our SSDB Project 2020. This year, our aim was to invoke a sense of kindness &amp; care in children... While appreciation is important all year round, this time of year is the perfect time to express our appreciation to the people dedicating their lives to put up a good fight... As the K1 and K2 children of Mulberry Alexandra carry on with their SSDB project, with the theme, NOT ALL SUPERHEROES WEAR CAPES, the children took the initiative to show... We had our SSDB soft launch in centre on Tuesday, 7 July 2020.Prior to the launch, we had been speaking to children about the objectives and timeline of the project. Now that... 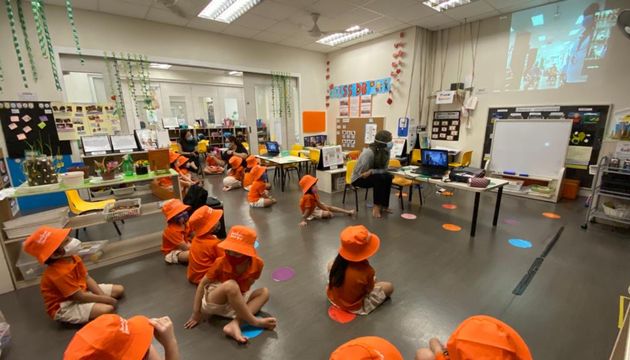 Virtual session with the Elderly

Children had their first virtual session with the elderly on Monday, 20 July 2020. Although they could not visit the Eldercare, they kept their spirits and hopes high when they... Last Tuesday, 4 August 2020, children made a video performance for the essential workers at Eldercare to thank and appreciate their big support for the elderly. Although this...