After months of preparation, the day for our annual Charity KidZ Fiesta has arrived. This massive event was held at Changi Airport Recreation Club (Terminal 2) on 5th September 2019 to raise funds for Mercy Relief and celebrate the finale for SSDB project.

A variety of booths related to food, beverages, carnival games and children’s artworks were set up. There was even a Spider-Man bouncy castle which was popular among the children.

Collaborative partnership with parents was established.  Parent volunteers assisted to set-up the venue with the organizing committee the night before.  Besides, they assisted in food preparation, food packing, coupons selling, taking photos and manning some stalls with teachers and children on the actual day.

Parents and staff from Changi Airport Group, Airport Police Division and Singapore Airlines were invited to participate in the event.  To start off, K2s performed “The Fight Song”.  What a spectacular performance!

The preschool children manned their respective class booths by selling food that was prepared earlier.  Some were involved in preparing food on-the-spot.  The children were proud to sell the food to their parents and other guests.

Through this event, children were given the opportunities to develop entrepreneurial skills and enhance their interpersonal skills as they interact with adults and people whom they may not be familiar with.  Mercy Relief also set-up a booth to raise public awareness of its mission.

All proceeds from this event were donated to Mercy Relief to aid response to human tragedies and disasters in Asia Pacific.

To conclude, we are hopeful to promote one of the core values, ‘Community Spirit’ and inculcate compassion and empathy among young children. While flowers and chocolates are perfectly suitable as a way to say “thanks” to our mothers, it is our actions and words that mean the most to her. Therefore, as part of out... 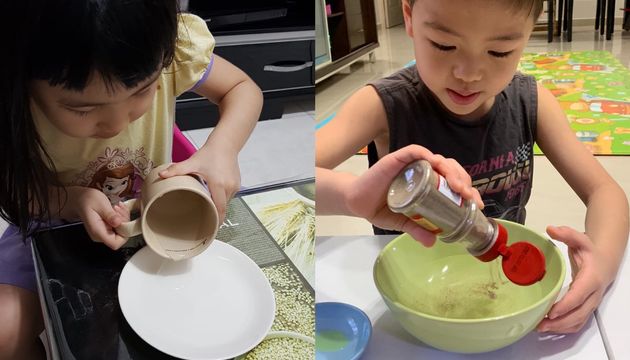 Teachers of Kanooka School House Pte Ltd worked hand in hand to help out the community through starting the movement within the children. Handmade masks were produced within 3... Thank you for your sacrifices!

Last stageRight before Circuit Breaker regulation being placed, we were fortunate to be able to present the handy work of our children, parents and staffs of The Moral... Caring for our Pioneers!

This year has been a challenging time for all of us in Singapore and around the world due to the outbreak of the COVID-19 virus. Children were therefore involved in experiments...