This is our first time joining the SSDB. This project letting the children know and getting them to appreciate the evolvement between grandparent’s time and current. Through this project, the children will be able to show empathy to their grandparents (and elderly in the community) through loving acts.

On 26th of April 2019, we launched this project by inviting the grandparents to our centre to witness this meaningful event. The grandparents were excited and supportive throughout this event.

The launch party started with a briefing on SSDB and the project itself. Subsequently, the children launched this project by opening the SSDB banners and pulling the poppers. Then it followed by a word search game on ‘Traditional Games’ which the grandparents and their grandchildren need to work together to find it. The grandparents were very happy working together with their grandchildren. The first three who finished the word search correctly, they got a token.

The event was closed with group (according to class as the group was too big) photos and followed by a light breakfast which past (boiled tapioca) and current (raisin loaves and pandan cake) food were served. The food were served by the grandchildren to their grandparents.

Stay tune for the upcoming activities :) Launching into “A Clean SG” There are many ways to do our part to keep Singapore clean and green! In this week’s installment of A Clean Singapore, MK@Westwood learnt about different campaigns in Singapore... 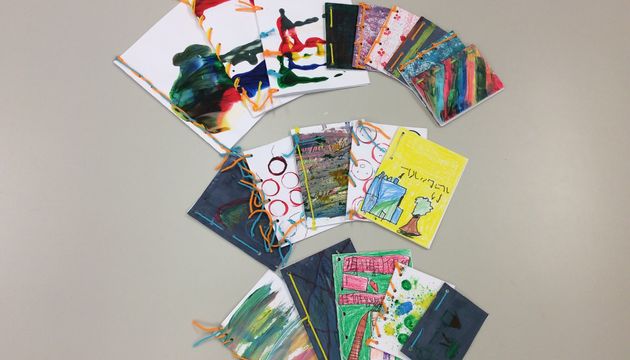 Message of Hope- Creating Notebooks for the Migrant Workers What happens to the waste around us?

Our children were made aware of the things food court cleaners and waste collectors do in a day. After watching the videos, they shared their thoughts on how they could help... Launch party: (26 June 2020)To start off ‘start small dream big’, our centre has been collecting ‘hand me down clothes’ to help the needy families around the community. We also... No One Can Do Everything, But Everyone Can Do Something - an important message that our children learnt as we launched SSDB 2020 at Little Footprints Preschool Y701A.Our K1 and...